There's been buzz that more and more people are getting to the emergency room by Lyft and Uber instead of ambulance...What does the data say? 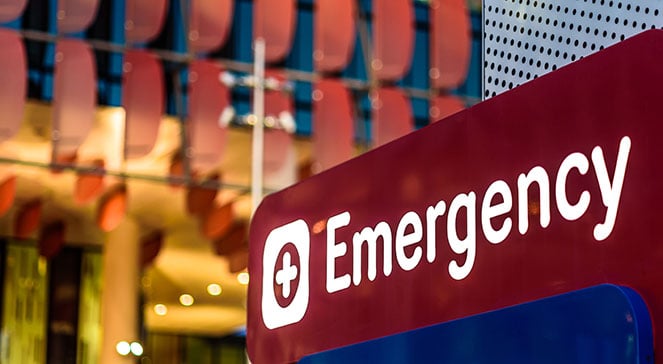 The flexible platform architecture behind our peak-performing healthcare analytics solution, Deerwalk Plan Analytics, allows data to be sliced and diced in many different ways, including by demographics such as age and gender. With longitudinal data on millions of lives and Deerwalk’s easy-to-use custom search capability and filtering at our fingertips, our team decided to take advantage of this access and flexibility to have a little investigative fun.

BACKGROUND: In the past few months, there’s been buzz of a current trend of ridesharing services replacing ambulances as a means of transport to the emergency room (ER). We decided to put this phenomenon to the test and check the facts underlying this recent news story.

OBJECTIVE: The aim was to determine if millennials and non-millennials were utilizing ambulance services at different rates.

HYPHOTHESIS: We hypothesized that if ridesharing services are increasingly being used in lieu of ambulance transport to ER visits, millennials are likely the group responsible for driving this trend.

METHODS: Using claims data from 2014 through 2018, we looked at the total number of emergency room (ER) visits and then categorized those into two generation groups, millennials and non-millennials. Millennials were defined as those members born from 1982 through 2000 (age range according to the US Census Bureau) and non-millennials were defined as those members not born between 1982 and 2000. We then calculated how many total ER visits for each group involved ambulance transport.

RESULTS: As it turns out, analyzing the ambulance utilization and ER visit data produced some pretty interesting (and significant) data insights: 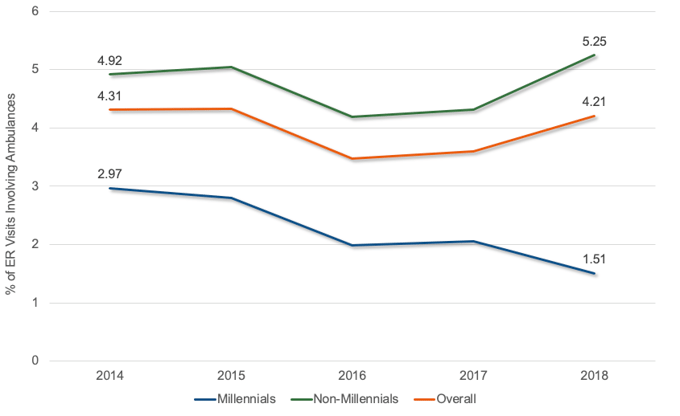 CONCLUSIONS: While we can’t definitively prove ridesharing is replacing ambulance services solely based off healthcare claims data, our results are consistent with the hypothesis that millennials are likely the demographic responsible for driving this trend. The steep decline of millennial ambulance utilization over a time period when there was also a ridesharing boom hints to the fact that services such as Uber and Lyft could indeed be replacing ambulance usage among the millennial population.

Schedule a demo to learn more about how to use Deerwalk Plan Analytics and our custom search capability to draw insights from nearly any type of data.