Solving the Math Problem of Pre-Existing Conditions and the ACA 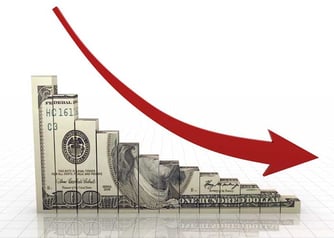 What is the price of offering insurance to folks with pre-existing conditions on the health exchanges and how do we solve the problem without putting in the mandatory insurance requirements under the Affordable Care Act regulations?

The ACA attempted to get enough healthy people on the plan to cover this cost, but it is not succeeding in doing so. To be clear, over 15.5 million people would have to sign up, pay $4100 a year and have no claims to cover the pre-existing condition excess costs of 1.5 million people.   Hence the mandate.  If we decided to drop the mandatory coverage requirement and still cover these high cost folks, how might we continue pre-existing condition coverage for our fellow citizens who need it?

Medical care is provided by doctors and nurses, but pre-existing coverage is simply about math.   One thought toward a solution would be a national reinsurance plan that all commercial policies in the country would participate in, and the answer lies in a slice of the top 5%.  The top 7 out of every 1000 people (0.7%) spend about $150,000 a year.  What if we had a national reinsurance program self-funded by the government set at a $75,000 specific limit (the limit at which the reinsurance kicks in on any specific individual in a year), and the reimbursement to providers was statutorily set at 125% of the prevailing Medicare rate?   To be able to pay all commercial claims over $75,000 in the country at 125% of Medicare, and to pay the excess spending of pre-existing condition people on the exchanges (assuming only the sick folks signed up without a mandate) would save about $50 billion a year based on the 177 million commercially insured people in the country.  That’s $17 billion short, but close.  That simply means that either the reimbursement rate needs to be lower or the specific limit needs to be lower.  Lowering the specific limit, I think, is fairer to providers, mostly health systems, not doctors, on this population.

Since my blog is simply some back of the envelope math and not the result of a team of researchers at a think tank, let me simply say that a national specific limit somewhere between $50,000 and $75,000, with a maximum reimbursement limit on claims above that amount equal to 125% of the Medicare rate, will generate the savings necessary to cover the $67 billion of excess costs incurred of covering people with pre-existing conditions on the exchanges.

There are lots of ways a program like this could be run.  One idea is to use the Medicare Advantage model on the exchanges where the insurance company is paid a premium depending on the severity of the illness of the plan member.  However, this approach does nothing to address the cost.  At the end of the day, the price tag as I see it is $67 billion a year, and the national reinsurance approach with a set fee schedule is simply one solution to fund it.  There are many other options to come up with the money, but if we want this coverage for our fellow citizens, and I do, we must accept the truth and bridge the gap.

To learn more about Deerwalk's Population Health Analytics solutions, please visit us at www.deerwalk.com, or click below to schedule a demo.